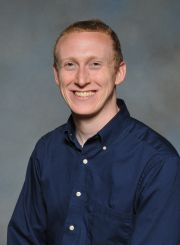 Fusion reactions that release most of their energy in charged particles are desirable for power applications. In particular, if the number of energetic neutrons produced is small, the facility can be designed with less expensive shielding and with fewer material constraints. Likewise, direct conversion of charged-particle energy could offer such a power plant much greater efficiency than a thermal cycle.

The proton-boron reaction is ideal due to the low incidence of neutron-generating side reactions and the reactants’ natural abundance. However, an optically thin proton-boron plasma loses more energy via bremsstrahlung radiation than it gains from fusion reactions. Due to the high temperatures required for efficient burn, the enormous areal density required by an optically thick plasma is prohibitive. Past work has focused on mitigating the bremsstrahlung, considering Fermi degenerate plasmas or those with large magnetic fields embedded within.

Instead, we consider ways of increasing the fusion power above the Maxwellian baseline. Using the fusion alpha particle energy to heat specific parts of the proton velocity distribution is one such approach. Rather than slightly increasing the temperature of the thermal ions, waves could channel the alpha energy to protons near the cross-section maximum in energy, resulting in a substantial reactivity gain. Sufficient improvement in the fusion power, coupled with a reduction in bremsstrahlung, could make proton-boron reactors viable.