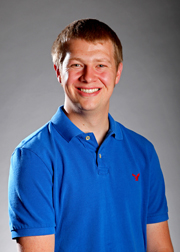 High harmonic generation (HHG) describes the highly nonlinear, coherent upconversion of driving laser photons to very high harmonics, up to even 5,000th order. The Kapteyn-Murnane group has been at the forefront of this technology, demonstrating the efficient generation of laser-like EUV and soft X-ray radiation, starting with lasers in the mid-IR to VUV. Recently, we have demonstrated that by driving HHG with second and third harmonics of the 800 nm pulses (400 nm and 267 nm), HHG flux can be enhanced more than 600 times due to decreased quantum diffusion of the electron wavepacket during the HHG process. In H2 and O2 molecules, it is possible to isolate a single bright harmonic near 23 eV while driving with VUV. Alternatively, by driving with longer-wavelength pulses generated via optical parametric amplification (1.3 µm and 2.1 µm), phase-matching gating constrains HHG to occur within only one half-cycle of the driving laser, resulting in isolated attosecond pulses. Isolated attosecond pulses with broad spectra above 100 eV have been measured using electric field autocorrelation. Applications of these discoveries range from EUV lithography to time-resolved spectroscopy on the attosecond scale.