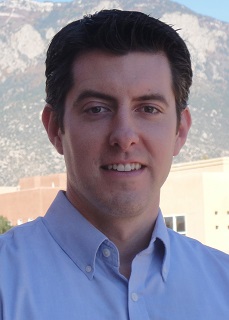 Ryan D. McBride was born in Johnson City, New York, in 1978.  He received the B.S. degree in Electrical Engineering from the State University of New York, Binghamton, in 2000, and the M.Eng., M.S., and Ph.D. degrees from Cornell University in 2001, 2007, and 2009, respectively. His doctoral research was on the physics of wire-array z-pinch implosions on the Cornell Beam Research Accelerator.

He is currently a Senior Member of the Technical Staff at Sandia National Laboratories, Albuquerque, New Mexico, where he conducts high-energy-density physics experiments on the Z pulsed-power accelerator.  His primary research interests are in solid liner z-pinch implosions and magnetized liner inertial confinement fusion.