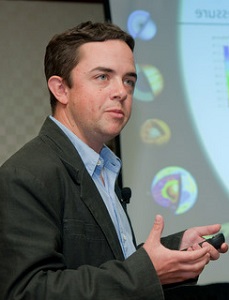 Dylan grew up in northern New Mexico and earned his bachelor’s degree in physics at Brown University and his Ph.D. from the University of California, Berkeley. His doctoral research used laser-driven shock waves to study high pressure, and temperature equations of state of terrestrial mantle minerals to study planetary formation and evolution. Dylan was a postdoctoral researcher at the Commissariat a l’Energie Atomique in France and is now the Origins Initiative postdoctoral fellow at Harvard University.