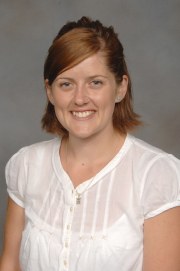 The Earth’s lower mantle, from 660 km depth to several hundred above the core-mantle boundary, is composed primarily of Fe- and Al-bearing MgSiO3 (Pv). Although recent studies have shown that the Fe spin transition in ferropericlase, the second most abundant mineral in the lower mantle, results in volume contraction at pressures corresponding to the lowermost mantle, existing studies are in disagreement on how the spin transition in Mg-silicate Pv occurs and whether it affects the density of Pv. Studies have found that the ratio of Fe to Fe in Pv is enhanced due to coupling with Al (50%), the majority of which enters Pv in the lower mantle and that Fe in Pv undergoes a gradual spin transition in the mantle. We have conducted X-ray emission spectroscopy, nuclear forward scattering, and X-ray diffraction on Pv with equal amounts of Fe and Al to 90 GPa in the laser-heated diamond anvil cell. We found that the population of low spin Fe increases near 70 GPa, from 20% to 60%, reflecting an increase in low spin Fe entering the octahedral site, which means an equal amount of Al must move into the dodecahedral site. This suggests that the similar ionic sizes of low-spin Fe and Al allows mixing between the two different crystallographic sites in Pv after the spin transition. Fe-Al-Pv has a larger volume at lower pressure than Mg-endmember Pv, but its volume approaches that of Mg-endmember near the pressure where the Fe-Al site mixing increases, resulting in volume contraction and elastic softening. Therefore, Pv should be more compressible and denser in the lowermost mantle than previously thought. This indicates that the density increase in the lowermost mantle found in seismological studies does not necessarily require Fe-enrichment.