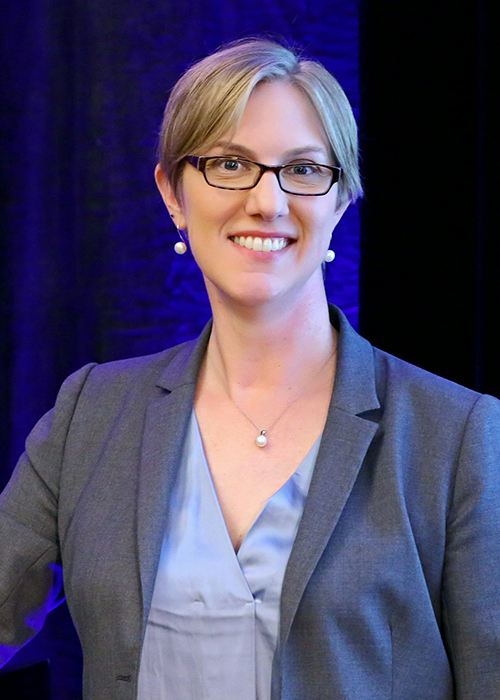 Sarah Nelson is director of Strategic Integration for the National Nuclear Security Administration’s Office of Research, Development, Test, and Evaluation, including academic programs. She joined Defense Programs in 2015 as deputy director for the Office of Experimental Sciences. Before joining the NNSA, Nelson completed postdoctoral research at Lawrence Livermore National Laboratory (LLNL) and worked as a staff scientist for Pacific Northwest National Laboratory on assignment to the Defense Threat Reduction Agency. She also was a Christine Mirzayan Science & Technology Policy Fellow of the National Academies for winter 2012 and assisted the Board on Physics and Astronomy. Nelson earned a bachelor’s in chemistry from the University of California, Santa Barbara, and a doctorate in the same subject from the University of California, Berkeley. She has received the DOE Secretary’s Achievement Award, DTRA/US STRATCOM Center for Combating Weapons of Mass Destruction Director’s Award for Public Service, LLNL’s Excellence in Publication Award in Basic Science, and the Gordon Battelle Prize for Scientific Discovery.