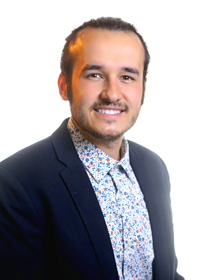 The instabilities generated when a pressure wave passes through a fluid interface have important implications in inertial confinement fusion (ICF) and supernovae research. In ICF, hydrodynamic instabilities disrupt the interface separating the central hot spot from surrounding fusion fuel, inhibiting the high levels of compression required to initiate a sustained nuclear reaction. These same instabilities form during supernovae immediately following stellar core collapse and are responsible for populating the universe with heavy elements from deep within the centers of stars. Though the scales of these phenomena span over 20 orders of magnitude, they are united by the underlying physics governing interfacial hydrodynamic instabilities. A deeper understanding of these dynamics could lead to advancements in fusion-based energy and new theories aimed at quantifying the composition of galaxies.

This work presents a novel method for semianalytically solving the one-dimensional Euler equations for fluid interfaces accelerated by the passage of an arbitrary pressure wave (i.e. a shock, rarefaction, compression or any combination thereof). The method utilizes a mathematical technique for solving partial differential equations called the method of characteristics in combination with a dynamic boundary condition for wave and interface interactions derived from the exact solution to a widely studied flow problem known as the Riemann problem. Key parameters from the one-dimensional solution include the time-varying interface acceleration and Atwood number, a nondimensional representation of the density jump across an interface. These parameters are utilized in a multitude of two- and three-dimensional models that predict hydrodynamic instability growth.