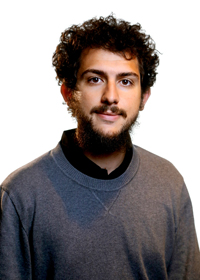 Spacecraft are routinely impacted by macroscopic particles, including meteoroids and space debris, that can be traveling tens of kilometers per second. These are referred to as hypervelocity impacts because the impactor travels faster than the material speed of sound, causing a shock wave and pressure stresses greater than the material strength. On impact, these particles and part of the target material vaporize and ionize, forming a dense plasma plume that expands into the vacuum. As the plasma expands, differing species mobilities cause charge separation and oscillations that generate broad-spectrum emissions in the radio frequency (RF) range. The RF component includes a strong electromagnetic pulse (EMP) that may harm spacecraft electronics, resulting in anomalies or failure.

The post-impact state strongly depends on the impactor and target materials and the size and velocity of the impactor. Depending on impact conditions, the ejected material may not fully ionize and consists of a mixture of plasma, neutral vapor and condensed-phase ejecta. Surface charging of these ejecta has been suggested as a source of macroscopic charge separation and field production. Understanding how attachment affects the expanding plasma is particularly important in interpreting hypervelocity impact experiments.

Experimental and theoretical efforts to model these complex plasma effects are presented, including a recent experimental campaign at the NASA Ames Vertical Gun Range (AVGR), where targets of various materials were shot at speeds of approximately 5 km/s in order to characterize the ejecta, plasma, and RF emissions produced by the plasma. The experiment and preliminary results are described with particular focus on efforts to measure the particle size distribution of the ejected material. These measurements will inform efforts to model the effects of dust on the plasma using extended orbital motion-limited theory combined with kinetic theory.