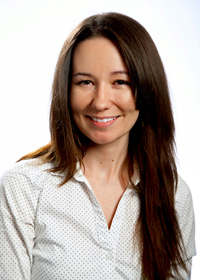 The National Spherical Torus Experiment Upgrade (NSTX-U) is a spherical tokamak device at the Princeton Plasma Physics Laboratory that has been used to investigate the effect of wall tile surface conditioning on plasma performance during operation. Previous campaigns have demonstrated the enhanced suppression of edge-localized modes and achievement of high-confinement (H-mode) conditions when reactor walls were conditioned with lithium and boron. In order to better understand the morphology, boron distribution and hydrogen-retention changes within the various parts of the reactor after operation, cored samples of the NSTX-U graphite wall tiles were obtained from the center stack and divertor regions. Auger spectroscopy, Keyence profilometry and time-of-flight secondary-ion mass spectroscopy (TOF-SIMS) were used to examine the physical and chemical properties of the surface and near-surface regions of the cored samples.