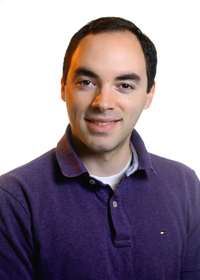 Many current materials discovery and engineering efforts hope to use excited-state-dependent phenomena of solids in order to improve or create technologies related to energy storage, energy conversion and chemical catalysis. But theoretically describing photocatalytic mechanisms, excited-state energy transfer or carrier generation depends on an accurate description of excited states. While quantum Monte Carlo (QMC) is a high-accuracy method, it still depends on inputs from other quantum chemistry methods (such as deriving orbitals from density functional theory [DFT]). The ambiguity of orbital choice leads to various results that do not always agree and the cost of removing the ambiguity can be prohibitively expensive. Previously we have shown how Multi-Slater Jastrow wave functions with QMC state-specific optimized orbitals (MSJ-OO) could be variance matched between two states in order to predict accurate vertical excitation energies. Additionally, this method proved more reliable for difficult charge transfer systems when compared to traditional methods (such as CASPT2 with intruder states). Recently Zhao and Neuscamman have shown a QMC approach to studying optical band gaps in solids that proves robust in its predictions when compared to GW's sensitivity of DFT choice. The robustness was due to an approximation of orbital optimization through the choice MSJ wave functions. Currently we investigate how using MSJ-OO wave functions for periodic systems can further strengthen the robustness of the optical band gap prediction of strongly correlated materials. Our MSJ-OO wave functions will remove the ambiguity of the choice of orbitals and yield greater accuracy at lower computational cost than would otherwise be possible. Furthermore, the shape of the orbitals determine the nodal surface which in turn is the limiting factor in the accuracy of diffusion Monte Carlo (DMC). So we also investigate how the orbital choice and optimization effects the accuracy of DMC band gap predictions.