The Progression of Experiments on the Blast-driven Instability 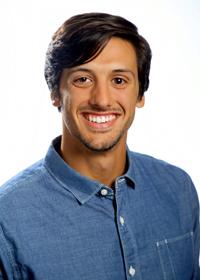 The blast-driven instability is studied in a novel facility from Georgia Tech's Shock Tube and Advanced Mixing Laboratory (STAM Lab). The blast-driven instability, which comprises a combination of the Richtmyer-Meshkov instability (RM) and the Rayleigh-Taylor instability (RT), is generated using a commercial detonator and studied in a cylindrical geometry. In particular, we aim to study the hydrodynamics of significance to understand the development of the outer layers of supernovae. Curve fits show consistent energetics and produce blast waves that propagate with a cylindrical power law as predicted by a theoretical Taylor-Sedov (TS) wave (which assumes the size and energy source are negligible compared to the dimensions of the surroundings). We present preliminary high-speed imaging results (taken at 20,000 frames per second) as this cylindrically diverging wave interacts with a gaseous interface of disparate densities. Preliminary qualitative results demonstrating the structure of mixing, as well as insight to artifacts of the facility, are presented. Finally, given the successful characterization of the facility and flow, we present the preliminary attempts at qualitative diagnostics (PIV and PLIF) to study the turbulent mixing of the ensuing instability at late times.