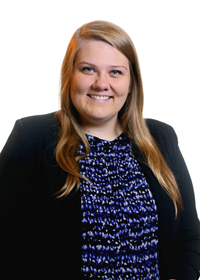 Many scientists are working toward achieving nuclear fusion ignition for clean energy and stockpile stewardship applications. Inertial confinement fusion (ICF) is one concept being explored that relies on the fuel's own mass or "inertia" to contain it long enough to achieve ignition. Magnetized liner inertial fusion (MagLIF) is an ICF approach being studied on the Z Pulsed Power Facility at Sandia National Laboratories. A critical component of MagLIF is a laser pulse used to preaheat pressurized fusion fuel contained in a cylindrical metal tube (or "liner"). Before the laser deposits energy into the fuel, it must first pass through and destroy a thin plastic laser entrance hole (LEH) window. The window acts to hold the pressurized fuel inside of the target. Reducing energy coupling losses could increase fusion yield and help achieve ignition. Possible sources of energy loss include laser energy wasted to destroy the window, laser-plasma interactions and window material mixing with fuel. To reduce these energy losses, the LEH window could be removed before the laser reaches the LEH. This window removal concept is referred to as "laser gate." One proposed version of the laser gate is to break the LEH window by driving electrical current through a thin wire wrapped around its perimeter. The current heats the wire and the LEH window perimeter melts. As the LEH window breaks, the fuel pressure pushes the window material up and out of the laser path in a hinging motion. We have fabricated pressurized targets and developed window-opening imaging capabilities. We have successfully imaged the LEH window opening up and away from the laser path using the laser-gate concept. We will report on our progress at the University of Michigan and the current efforts to integrate our test facility with Sandia.