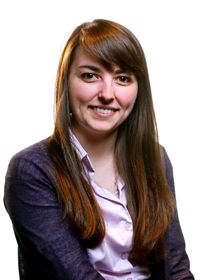 Uranium, tungsten and tantalum are materials that have been used in nuclear explosives as neutron flux indicators. These elements undergo single- and double-neutron capture reactions in the extremely high neutron flux of a nuclear explosive. The products of these reactions are radionuclides, making them easily detectable. Additionally, the ratio of second-order to first-order neutron capture products is proportional to the neutron flux in the explosion, making these products a metric for the neutron flux in a test explosion. Surrogate debris samples, including these single and double neutron capture products, can be produced to replicate the debris of a nuclear explosion. These samples are often used as inter-calibration samples among the national laboratories, ensuring that several locations can accurately analyze real debris samples resulting from a nuclear event. One production method for these products is irradiating targets of uranium, tungsten and tantalum with a beam of 7Li ions. When a projectile 7Li ion approaches the Coulomb barrier of a large target nucleus, the projectile nucleus is excited to a higher energy state. At a high enough energy, 7Li will undergo a break-up reaction, forming 3H and 4He. The tritium particle which results from the 7Li beam can interact with the target atoms in a two-neutron transfer reaction: (7Li, p alpha). To measure the production rate of 188W by this method, a natural tungsten foil stack was irradiated with a 36 MeV 7Li3+ beam at the Center for Accelerator Mass Spectrometry at Lawrence Livermore National Laboratory. Gamma spectroscopy was performed on these tungsten foils to identify and quantify the radionuclides produced in this irradiation. In addition, a chemical separation was performed to separate tungsten from the rhenium, osmium, and iridium radionuclides produced. These purified samples allowed for a more precise measurement of the 188W produced.