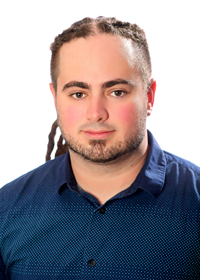 The slice balance approach for discrete ordinates transport Robert Grove introduced in 1996 was meant to increase accuracy and concurrency by adaptive mesh resolution that created slices from cells, such that the direction of flight was parallel to all but two faces of the slice, the inlet and outlet. Knolls Atomic Power Laboratory (KAPL) implemented this method in Jaguar, its deterministic transport code. The spatial discretization used slice-wise in the Jaguar code is the familiar diamond difference scheme. In this research, we implement a linear discontinuous finite element (LDFE) spatial discretization scheme and introduce a face-based transport sweep that avoids smearing of face-averaged fluxes in order to preserve the second-order convergence expected from LDFE, and removes the possibility of cycles in the sweep.