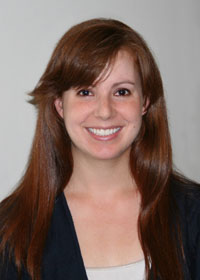 Laura Berzak Hopkins joined Lawrence Livermore National Laboratory in June 2012 as a design physicist with Weapons and Complex Integration Directorate (AX Division) and the National Ignition Facility (NIF). Since then, she has been working on laser pulse and target designs for a variety of experiments on the NIF, including shock timing keyhole targets, the High Foot Campaign and the indirect-drive exploding pusher.

Laura earned a B.A. in chemistry and physics from Dartmouth College. For her graduate work at Princeton University, she worked on the Lithium Tokamak eXperiment at the Princeton Plasma Physics Laboratory, where she developed and fielded the system of magnetic diagnostics and was the chief tokamak operator.

After graduating with a Ph.D. in plasma physics, Laura served as a Congressional Fellow in the U.S. House of Representatives and then the U.S. Senate. During this time, her portfolios ranged from topics in waste management regulations to arms control treaties. She was also a Visiting Fellow at Princeton University’s Science and Global Security Program, researching small modular nuclear reactors.

Laura manages a science communication and outreach project called Why-Sci, which seeks to build a forum for scientists to communicate their research to the public and for non-scientists to learn about ongoing research projects.