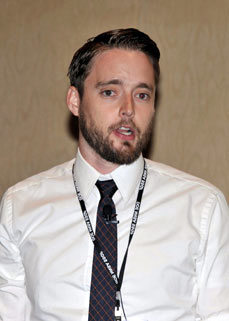 I will show results from two experimental campaigns. In the first, we used the ultra-intense Titan laser to produce a beam of MeV protons that heated B and BN targets to nearly 20 eV. Multi-angle X-ray scattering indicates the continued presence of a significant band-gap in BN at high temperature, a surprising result that is confirmed by computational simulations. In a second experiment, we used pulses from the high-energy Janus laser to produce shock waves in cryogenic deuterium reaching compressions greater than 3x. By observing the emergence of plasmons in the compressed target, we can detect the onset of ionization in deuterium at high pressure, a result that is critical to understanding pressure-metallization phenomena.