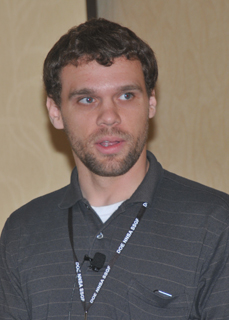 A post-hole convolute is a geometric arrangement in which two electrodes of the same polarity are connected to one another via a conductor through a hole in an intermediate electrode with the opposite polarity. Post-hole convolutes are a necessary component of Load Current Multipliers and can also be used to combine current from several self-magnetically insulated transmission lines. Post-hole convolutes have become an important component of many large pulsed power devices, but there has not been a detailed experimental study of post-hole convolute performance. A recent upgrade to the Z Machine at Sandia National Labs increased the maximum current that the driver could supply, but also significantly increased current losses in the post-hole convolute (losses on the order of 20% have been observed). The purpose of this research is to determine the relevant parameters of the plasma formed in a post-hole convolute (plasma composition, plasma source, electron temperature, plasma density, turn-on time, closure velocity, etc.) and their effect on convolute performance. Experimental studies are currently underway on the Z Machine at Sandia National Labs.