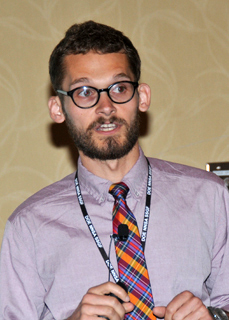 Two different low-energy nuclear science goals were accomplished by bombarding plutonium-242 targets with light and heavy ions. The first research goal is applicable to the field of nuclear forensics. This work involves the study of a new nuclear reaction and chemical separation procedure for the production of americium-240. Thin plutonium-242, natural titanium, and natural nickel targets were coincidentally activated with protons from the Lawrence Berkeley National Laboratory (LBNL) 88-inch cyclotron, producing americium-240, vanadium-48, and nickel-57, respectively. The excitation function for the 242Pu(p,3n)240Am nuclear reaction was measured to be lower than theoretical predictions, but high enough for the reaction to be the most viable nuclear reaction for the large-scale production of americium. Details of the development of a chemical separation procedure for isolating americium-240 from proton-irradiated plutonium-242 are discussed. The separation procedure, which includes columns of anion exchange and extraction chromatography resins, was experimentally investigated using tracer-level americium-241, plutonium-239, and model proton-induced fission products zirconium-95, niobium-95, antimony-125 and europium-152. The procedure is well suited for the processing of ~1 gram of proton-irradiated plutonium-242 to produce a neutron-induced fission target consisting of tens of nanograms of americium-240. The second research goal is in the field of transactinide physics and chemistry. This work involves the use of the Berkeley Gas-filled Separator at the LBNL 88-Inch Cyclotron for the study of the 242Pu(48Ca,5n)285Uuq nuclear reaction. The new, neutron-deficient, superheavy element 114 isotope, Uuq-285, was produced in calcium-48 irradiations of plutonium-242. Through a series of radioactive decays, the new isotopes copernicium-281, darmstadtium-277, hassium-273, seaborgium-269, and rutherfordium-265 were also observed. The measured alpha-decay Q-values were compared with those from theoretical predictions to give insight into superheavy element shell effects. The 242Pu(48Ca,5n)285Uuq cross section was ~0.6 picobarns.