Petawatt to Exawatt Lasers: The Science and Technology of the Brightest Light Sources in History 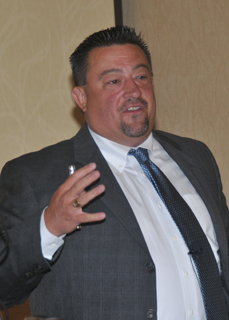 At the University of Texas we have constructed a high peak power, ultrafast laser which delivers power in excess of 1 petawatt (1015 W). This laser, the Texas Petawatt Laser, is presently the highest power laser in the world. The laser delivers 130 fs pulses with pulse energy exceeding 180 J. In my talk, I will report on the design and performance of the laser, including the technology used to access such high powers and near 100 fs compressed pulse duration. With this unique pulse characteristic, the Texas Petawatt has applications in a number of scientific areas. These applications include bright, ultrafast neutron generation, the study of hot dense plasmas with pressures exceeding 1 Gbar, and the generation of wakefield accelerating structures in plasmas capable of accelerating electrons to many GeV of energy. The laser will also produce focused intensities exceeding 1021 W/cm2, intensity at which light-matter interactions take on many exotic characteristics. I will present an overview of many of these science applications with a particular eye toward describing the first campaigns of experiments executed this past year. Furthermore, I will consider the possibility of developing new materials which, when used in an architecture similar to that of the Texas Petawatt, could lead to amplification of pulses with energy up to 10’s of kJ while retaining bandwidth needed for ~100 fs recompressed pulse duration. Such an approach could lead to the construction of an Exawatt laser within 10 years. I will conjecture on the kinds of science made possible with such a high power laser.