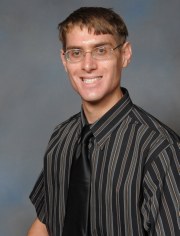 The nuclear potential energy surfaces in the space of quadrupole and octupole deformations have been explored for 232Th through self-consistent, finite temperature HF+BCS calculations. Symmetric and asymmetric fission paths have been identified at several temperatures. In the vicinity of the first barrier, axial symmetry tends to be broken along the fission path at T=0MeV; at finite temperature, it was found that the system is driven towards axial symmetry. For quadrupole deformations beyond the first barrier, the system tends to break reflection symmetry. There is also a third, shallow minimum in potential energy which shows appreciable reflection asymmetry at T=0MeV; there is a tendency for the fission pathway to visit this minimum. Furthermore, early results at finite temperature indicate that this minimum deepens and approaches reflection symmetry. These calculations are expected to provide a foundation for later work that will include the variation of lifetimes, survival probability, and mass splits with temperature.

The work is supported by the DOE/NNSA Stewardship Science Graduate Fellowship through the Krell Institute (J.M.) and the National Nuclear Security Administration under the Stewardship Science Academic Alliances program through Grant DE-FG03-03NA00083.