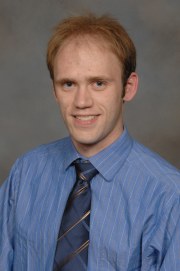 Radiative shocks, systems in which radiation transport across the shock front contributes substantially to the properties and dynamics of the shock, occur frequently in astrophysical systems, motivating our high-energy-density experiments. Recent experiments on the Omega laser facility have produced collapsed shocks by launching 10-30 µm drive disks of Be into shock tubes of Xe gas at atmospheric pressure. This method produces strongly radiative shocks at well over 100 km/sec. X-ray pinhole radiography of collapsed radiative shocks has revealed evidence of structure evolution, perhaps through instability mechanisms. Theoretical results on the formation and growth of such instabilities under assumptions appropriate to the experiment will be presented, and both their appearance in experiments and design of an experiment intended to study these effects will be discussed. Also, heating and ablation of the shock tube material ahead of the radiative shock is found to drive a secondary, inwardly directed radial shock, which we call a wall shock. Both the wall shock and its interaction with the experiment’s primary shock can be observed, and from this interaction parameters related to shock speeds and temperatures may be inferred.