Initial Operation of Magnetic Diagnostics on the Lithium Tokamak eXperiment 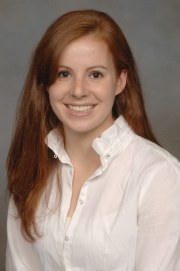 If the re-introduction of cold gas (“recycling”) from the walls of a fusion reactor is significantly reduced, temperature gradients between the core and edge of the plasma can be minimized, resulting in hot, stable plasmas. The Lithium Tokamak eXperiment (LTX) is a modest sized spherical tokamak designed to investigate the novel, low-recycling lithium wall operating regime for magnetically confined plasmas. This low-recycling regime is reached in LTX with an in-vessel, heated shell that is coated with liquid lithium and conformal to the plasma shape, such that the surface facing the plasma has a layer of liquid lithium. An extensive array of unique magnetic diagnostics is available to characterize the experiment, including 98 magnetic pickup “Mirnov” coils (single and double axis, internal and external to the shell), 27 flux loops, 3 current-measuring Rogowskii coils, 4 saddle coils, and a diamagnetic loop for determining the stored energy in the plasma. Diagnostics are specifically located to account for the presence of the heated shell, which provides a secondary conducting surface, and engineered to withstand both high temperatures and incidental contact with liquid lithium. A new data acquisition system utilizing MDSplus has been built and implemented, allowing shot-by-shot organized storage of data and calibrations. This new data acquisition system and broad set of magnetic diagnostics permit detailed examination of magnetic fields and determination of the equilibrium achieved inside the plasma. The comparison of these measurements with two-dimensional equilibrium-solver codes, both with and without the secondary conducting surface as input, has led to the development of a new three-dimensional equilibrium-solver code in order to capture the full plasma behavior.