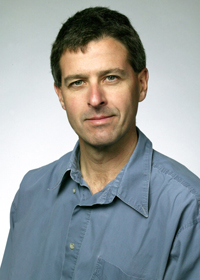 John Edwards is the Inertial Confinement Fusion (ICF) Program director in the Weapons and Complex Integration (WCI) Directorate. He has nearly 30 years’ experience in applying laboratory drives to explore the physics of ICF and high energy density (HED) matter in support of the Stockpile Stewardship Program (SSP). Dr. Edwards earned his Ph.D. in 1990 from Imperial College, London. He was a group leader at the United Kingdom’s Atomic Weapons Research Establishment, responsible for designing HED applications to address weapon physics issues. He joined the WCI Directorate at LLNL in 1998 and helped lay much of the foundation for today’s HED laser program. Dr. Edwards then focused on ICF, leading groups exploring most aspects of the target physics. In his current role he is responsible for the ICF Program’s direction consistent with the SSP’s needs, and is the LLNL lead for developing the national ICF Program roadmap. Dr. Edwards is an American Physical Society Fellow and an author on more than 100 publications. He received the 2014 Leadership Award from Fusion Power Associates, a non-profit fusion research and education foundation.