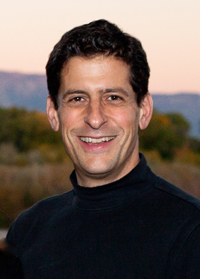 Dr. Nakhleh joined Sandia National Laboratories in December 2007 and focused on the physics and design of ICF and radiation-effects targets. Before joining Sandia, he was the acting group leader and deputy group leader for the Thermonuclear Applications Group (X-2) at Los Alamos. Among other tasks, he oversaw the W88 and Reliable Replacement Warhead efforts. Before that, he spent nearly a decade as an X-2 staff member, serving as the project leader for the Quantification of Margins and Uncertainties Tools and Methods project and as a weapon-system point-of-contact, and worked on a variety of weapons physics and design issues.

Dr. Nakhleh is a graduate of the Theoretical Institute of Thermonuclear and Nuclear Studies program at Los Alamos. He was a member of study teams that received Department of Energy Awards of Excellence in 1999, 2000, 2005, 2007 and 2010. He has served on a variety of advisory panels, including the Los Alamos director’s advisory panel on weapons certification and as a founding member of the NNSA’s Predictive Science Panel. He served as a consultant to the 2009 JASON study on warhead life extension programs, as an adviser to the undersecretary of energy on the NIC and as an adviser to the NNSA on a variety of weapons physics issues. His research interests span a range of nuclear weapons design and physics issues, ICF, radiation effects and other applications of high energy density physics, and applications of Bayesian inference techniques. He received his Ph.D. in Physics from Cornell University in 1996.