Alumnus on Team That Squeezed Carbon to Record High Pressures

Alumnus on Team That Squeezed Carbon to Record High Pressures 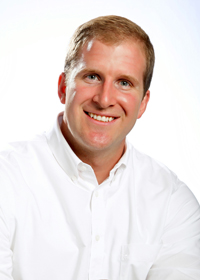 Carbon is ubiquitous in nature, often found in standard graphite and diamond structures. As a Livermore release spells out, scientists had predicted that carbon would take on previously unseen atomic arrangements when under pressures of up to five times that found in Earth’s core. But the experiments, conducted under the NIF Discovery Science program, found the element retains its diamond crystal structure. The same powerful atomic bonds that make diamond so hard also may impede carbon’s transformation at these previously untested pressures, said Livermore Lab physicist Amy Jenei, the study’s lead author.

The researchers used pulses from NIF’s lasers, the world’s most powerful, to briefly compress solid carbon while tracking its crystal structure with X-ray diffraction. The experiments nearly doubled the record high pressure at which X-ray diffraction has been recorded on any material, the Livermore Lab release says.

Kraus has been at the lab since earning his doctorate in Earth and Planetary Science from Harvard University in 2013.