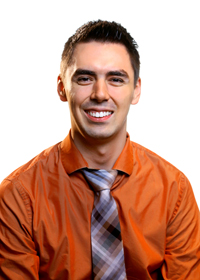 Daniel Woodbury sampled a variety of research at national laboratories before he was awarded the Department of Energy National Nuclear Security Administration Stewardship Science Graduate Fellowship.

During a summer internship at the Princeton Plasma Physics Laboratory, he expanded computational code from two dimensions to three to match fusion plasma data.

Woodbury’s graduate research with Howard Milchberg at the University of Maryland, College Park has explored how matter interacts with high-intensity mid-infrared lasers. First he examined laser wakefield acceleration within high-density gas jets, a strategy that someday could produce portable particle accelerators. As laser pulses interact with gas, the intense field locally expels electrons. As the pulse ends the electrons are pulled back to their original locations – like a boat’s wake – producing large plasma waves and a strong electric field that can accelerate electrons. These extreme fields are destructive outside of plasmas and require researchers to run experiments in high-energy accelerators measured in the kilometers. The stronger fields in plasmas don’t damage materials to the same degree, letting researchers scale down such experiments. 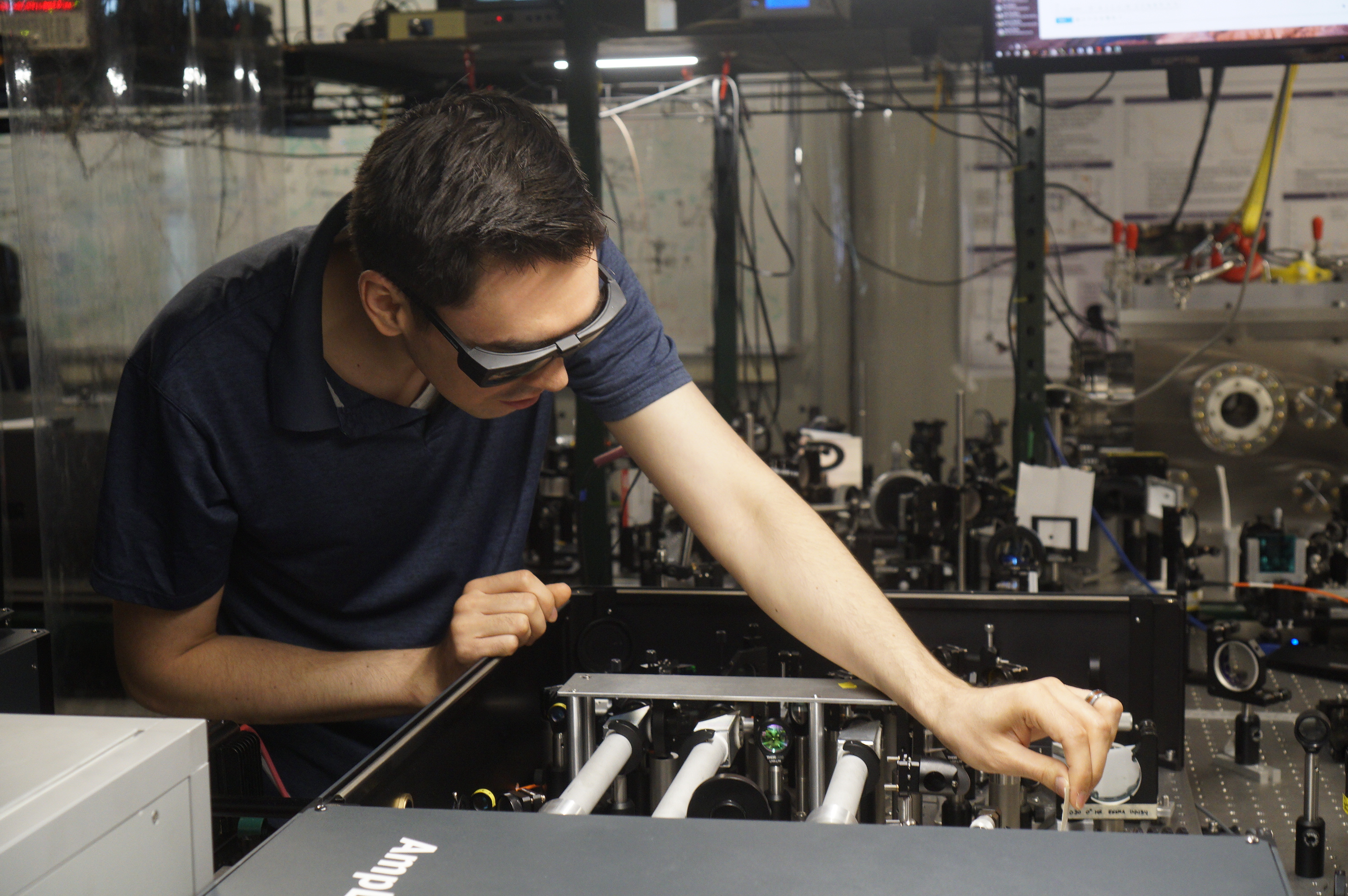 Woodbury and his colleagues also have used lasers to detect radioactive material from a distance. Radiation knocks electrons off nearby atoms and molecules in the air. A laser can heat these free electrons, spurring electron avalanche, a runaway cascade of ionization that produces a spark. To detect radioactivity, the team pulsed a sample with ultrashort bursts from a mid-infrared laser, maximizing the electron avalanche effect and minimizing other competing ionization mechanisms.

After using these tools to detect radioactivity, Woodbury had a new insight: “Not only were we sensitive to single electrons, but also we could see exactly where they had been.” With such brief pulses – 70 trillionths of a second – the micron-sized spark they observed didn’t have time to spread from the original electron. So Woodbury harnessed these tiny breakdowns to study laser ionization in air and other gases over a huge dynamic range – 14 orders of magnitude. He then simulated how these discrete breakdown sites could affect the nonlinear self-guiding of powerful laser beams through the atmosphere.

Woodbury and his colleagues also have explored generating terahertz radiation with lasers. This difficult-to-produce frequency band between microwaves and infrared light could be useful in a range of applications, from medical imaging to national defense.

During his 2018 practicum, Woodbury returned to the MagLIF group at Sandia, this time to work on a project to diagnose plasma conditions with Thomson scattering.

As lasers interact with MagLIF targets in the Z machine, some of the light bounces off electrons in the plasma. The interactions can help researchers learn more about plasma temperature and density and the energy it absorbs.

Besides the financial support and practicum, the DOE NNSA SSGF benefits Woodbury most appreciates are the career development and networking opportunities at the annual program review. “I go to a number of conferences throughout the year, and by far and away I've always found the SSGF program reviews are the most enjoyable,” he says.

A shorter version of this article also appears in the 2020-21 issue of Stewardship Science, The SSGF/LRGF Magazine.