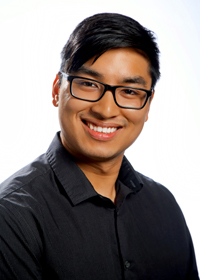 In February 2016, researchers reported that they had detected gravitational waves from the merger of two black holes, a century after Albert Einstein first predicted such waves existed. “That, of course, excited everybody,” says A. Miguel Holgado, who at the time was a first-year physics Ph.D. student at the University of Illinois at Urbana-Champaign. Holgado knew he wanted to study computational astrophysics and soon settled on gravitational waves for his subject.

Holgado wants to compute a range of gravitational wave signatures that could be of interest for future experiments. “I hope we might be able to see more than binary inspirals,” including such things as supernova kicks, velocity bursts from asymmetric exploding stars that can eject neutron stars or black holes.

Those experimental observations will require different kinds of gravitational wave detectors than those now available. The ground-based Laser Interferometer Gravitational-Wave Observatory (LIGO) only reads a small slice of the gravitational wave spectrum in a frequency range of tens to thousands of Hertz. The Laser Inteferometer Space Antenna (LISA), an orbiting detector scheduled to launch within the next 20 years, will spot gravitational waves in the millihertz range. Ultimately, gravitational wave astronomy could have an arsenal of instruments available to capture signatures across the spectrum, paralleling electromagnetic astronomy, Holgado says.

During his 2017 Lawrence Livermore National Laboratory practicum, Holgado worked with Hui Chen to design laser experiments that produce electron-positron plasmas in the laboratory. These charged gases can occur in astrophysical environments, such as the jets that form during binary neutron star collisions. Holgado devised experimental conditions and predicted plasma dynamics that they could observe in initial tests. Working on a new laboratory-based problem was enjoyable, Holgado says, and he plans to continue the collaboration when his Livermore colleagues are ready to begin experiments.

The DOE NNSA SSGF helped Holgado develop his personal research trajectory. “As a graduate student, you're trying to find your voice as a scientist, an engineer or mathematician,” he says. “That freedom to come up with your own research question and lead the work on it is definitely a valuable experience.”

A version of this article also appears in the 2020-21 issue of Stewardship Science, The SSGF/LRGF Magazine.