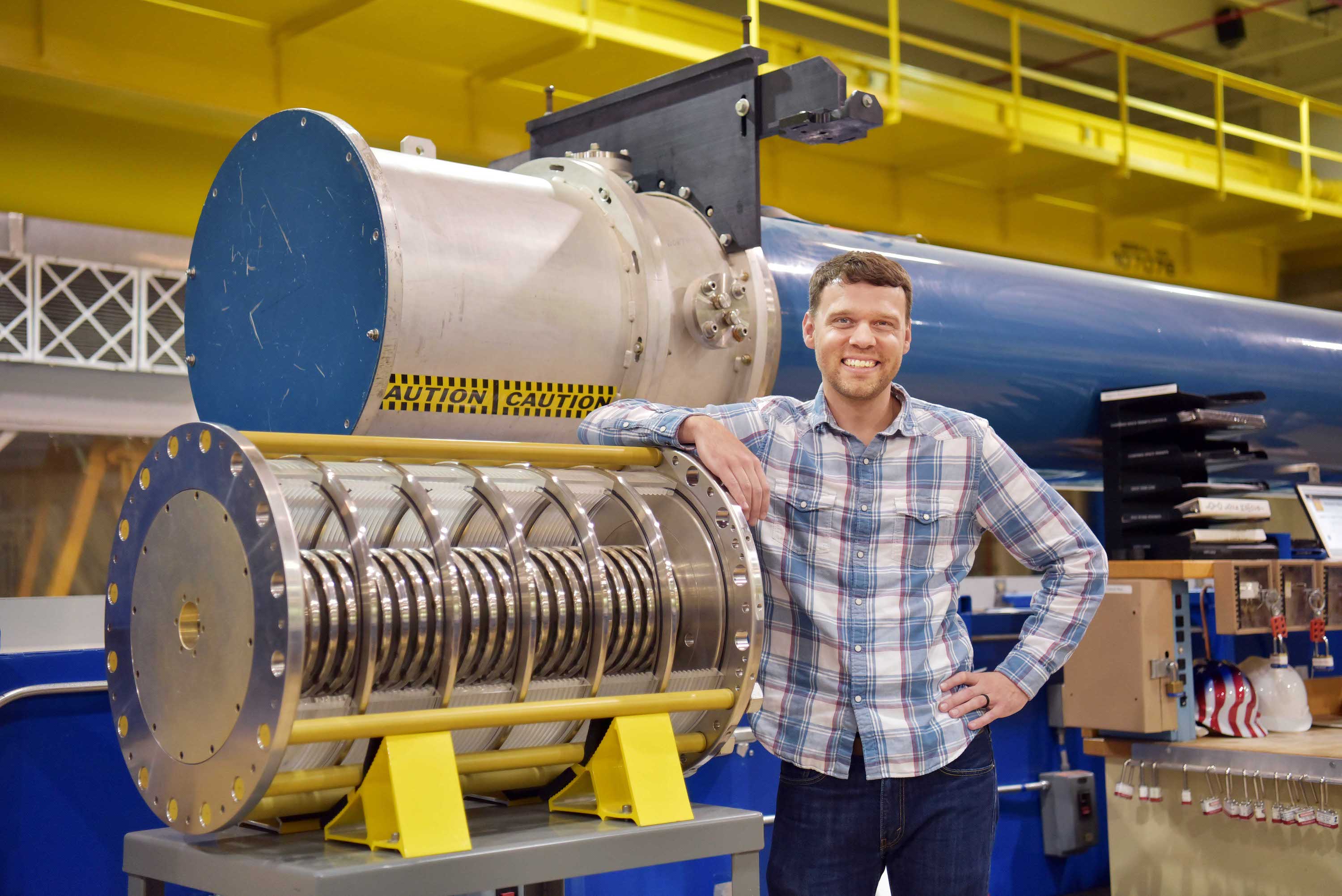 Matthew Gomez, a fellow from 2007-2011, and his fellow researchers reported their results in a paper published October 9 in the journal Physical Review Letters. Gomez is a physicist at Sandia National Laboratories, New Mexico.

The research revolves around MagLIF, which combines a powerful electrical jolt from Sandia’s massive Z Pulsed Power Facility with strong electrical fields and a powerful laser beam. The laser preheats a pencil-eraser-sized capsule of the hydrogen isotope deuterium, bringing it closer to an appropriate starting temperature from which to climb to fusion, a Sandia release says. The magnetic field contains particles within the cylindrical space, increasing the number likely to fuse as the Z electrical charge squeezes them.

The team made changes to a clear plastic window that restrains the fusion gas but also partially obscured an entry port for the laser. The researchers also boosted the magnetic field power, containing more charged particles to boost fusion, and tweaked magnetic coils to increase their strength while allowing continued access for diagnostic instruments.

The changes increased the number of neutrons MagLIF produced (a key fusion energy metric) by more than an order of magnitude, Gomez says, to 1013, using deuterium fuel. That’s two orders of magnitude away from break even, the point at which energy invested in the fuel is equal to energy it emits, a key milestone in fusion research. Meanwhile, data from the experiments helps inform supercomputer models that are part of Sandia’s mission to ensure the safety, security and reliability of the nation’s nuclear weapons.

“We’re not only pleased that the improvements we implemented led to this increase in output, but that the increase was accurately predicted by theory,” Gomez said.