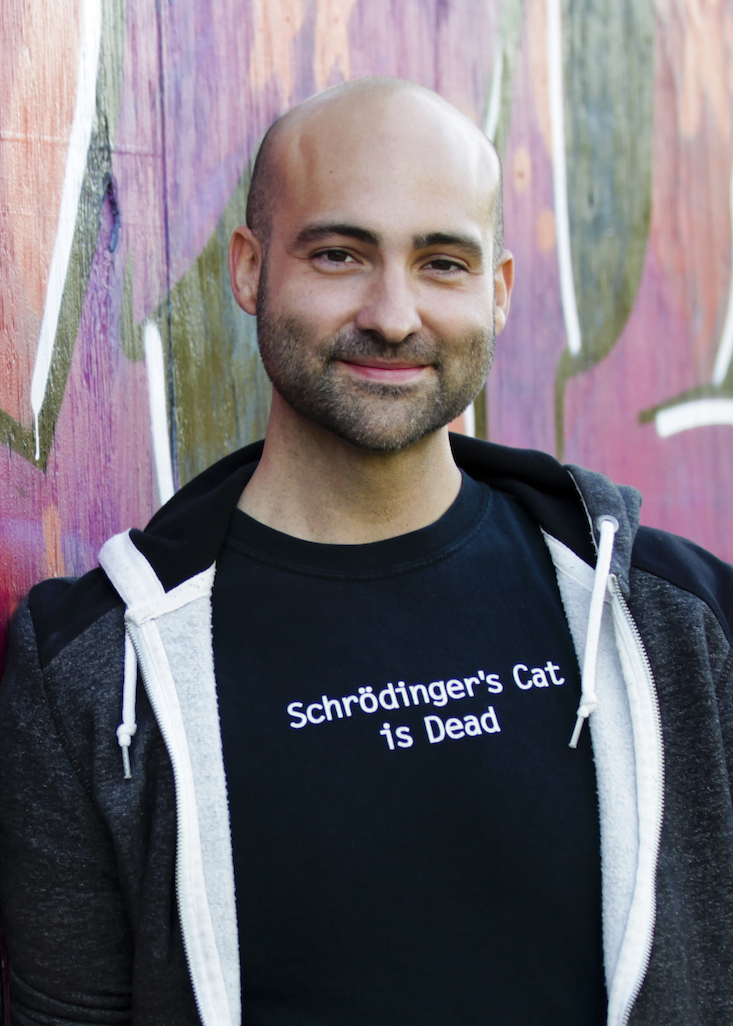 A physicist who has made significant contributions to cosmology and popularized science in multiple formats is the 2022 James Corones Award in Leadership, Community Building and Communication from the Krell Institute.

Paul M. Sutter, a research professor at the Institute for Advanced Computational Science (IACS) at Stony Brook University and a guest researcher at the Flatiron Institute, will receive an engraved prize and $2,000 honorarium later this year. The award is named for the late founder of the Krell Institute, an Ames, Iowa, nonprofit organization that serves the scientific and educational communities.

“Paul Sutter is an outstanding physicist but also has gained a huge audience as a science communicator, attracting people to the field and advancing science literacy,” Krell Institute President Shelly Olsan said. “He represents the best of what Jim Corones worked for.”

Sutter researches computational astrophysics, the use of high-performance computers to understand the universe and our observations of it. He has made especially significant advances in the study of cosmic voids, vast empty regions in the universe. Sutter’s nominator, Benjamin Wandelt of the Paris Institute of Astrophysics and New York’s Flatiron Institute, noted that cosmic voids are powerful cosmological probes but had been underemployed. Sutter’s research “has laid the groundwork to allow us to use cosmic voids for entirely new” tests of longstanding astrophysical theories and mysteries.

To amplify his impact, Sutter built a science communication empire, creating his Ask a Spaceman! Podcast and YouTube series, hosting several television programs, publishing two popular science books and even generating dance performances. As the first chief scientist at the Center of Science and Industry in Columbus, Ohio, he produced popular lectures, special events, blogs and performances, and was a frequent television and radio guest. At IACS he has presented seminars and programs that have engaged students and faculty across departments. As the institute’s director, Robert Harrison, wrote in his Corones Award recommendation, Sutter believes in “spending time honing communication skills and employing modern technologies. Paul is helping us do this at IACS and many others across the nation.”

The Corones Award selection committee cited Sutter’s “capacity to master new fields, his ability to make scientists he works with better communicators, and his connections to communities important to the award’s namesake.”

Sutter earned his physics Ph.D. from the University of Illinois at Urbana-Champaign (UIUC) in 2011 and his bachelor’s degree in the same subject from California Polytechnic State University in 2005. He was a Department of Energy Computational Science Graduate Fellowship (DOE CSGF) recipient (2007-2011). He was the Illinois-Paris Postdoctoral Fellow in Next-Generation Cosmic Probes at the Paris Institute of Astrophysics and UIUC and a visiting postdoctoral scholar at Ohio State University (OSU). He later was the INFN Postdoctoral Fellow in Theoretical Physics at the INAF Astronomical Observatory of Trieste. From 2016 to 2019 Sutter was the OSU astronomy department’s cosmological researcher and community outreach coordinator.

Corones, a renowned researcher and administrator, led Krell from its start in 1997 until shortly before his death in 2017, building an organization known best for the prestigious scientific workforce-training programs it manages: the CSGF, supported by the DOE Office of Science, and the DOE National Nuclear Security Administration-sponsored Stewardship Science and Laboratory Residency graduate fellowships. Before founding Krell, Corones was at the DOE’s Ames Laboratory, managed by Iowa State University, where he also was a professor. He held numerous lab posts from 1978 to 1997, including program director for applied mathematical sciences, program director for environmental technology development, deputy director and acting director.