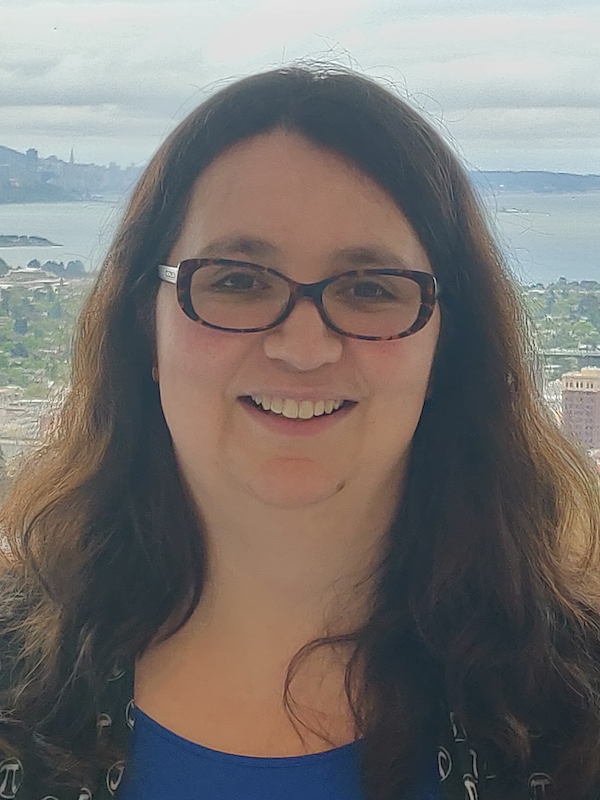 Hartman-Baker leads the User Engagement Group at NERSC, a DOE Office of Science user facility based at Lawrence Berkeley National Laboratory. A selection committee representing the DOE national laboratories, academia and Krell cited Hartman-Baker’s “broad impact on high-performance computing (HPC) training; her hands-on approach to building a diverse and inclusive HPC user community, particularly among students and early-career computational scientists; and her mastery in communicating the excitement and potential of computational science.”

The award honors the late founder of the Krell Institute, a nonprofit organization based in Ames, Iowa, that serves the scientific and educational communities. In making the announcement, Krell Institute President Shelly Olsan noted that Hartman-Baker’s “professional work clearly illustrates her commitment to HPC, education and outreach. She is a proven leader in her field with exceptional accomplishments in the areas represented by this recognition. We couldn’t imagine a more deserving winner of the first Corones award.”

Hartman-Baker will formally receive the engraved award and a $2,000 honorarium at a ceremony to be held later this year.

NERSC colleague Jack Deslippe, who nominated Hartman-Baker, called her the facility’s “training czar. Over her tenure at NERSC, she has revitalized our new-user training, HPC technology training (and) tools training – including the development of a hands-on training series and hackathons.” She has “led NERSC’s efforts around diversity and inclusion and organized monthly center-wide discussions around the important but often subtle topics in this area,” prompting Berkeley Lab’s director to recognize the facility as the division that’s most active in tackling such issues. Hartman-Baker also created and hosts a weekly NERSC supercomputing podcast, Deslippe noted, that “has generated a following and demonstrates Rebecca’s eagerness to reach the community by any means available.”

Besides developing training techniques for HPC users, Hartman-Baker is an authority in scalable parallel algorithms, inverse and ill-posed problems, and numerical optimization methods. Before joining NERSC in 2015, she worked at iVEC, an Australian HPC facility, where she trained users, coached teams at the annual Supercomputing meeting’s Student Cluster Competition and helped select the architecture for the petascale machine at the Pawsey Supercomputing Centre. She began her career at Oak Ridge National Laboratory after earning a doctorate in computer science from the University of Illinois at Urbana-Champaign.

Corones, a renowned researcher and administrator, led Krell from its start in 1997 until shortly before his death in 2017, building an organization known best for the prestigious scientific workforce-training programs it manages: the Computational Science Graduate Fellowship, supported by the DOE Office of Science, and the DOE National Nuclear Security Administration-sponsored Stewardship Science and Laboratory Residency graduate fellowships. Before founding Krell, Corones was an administrator at the DOE’s Ames Laboratory, managed by Iowa State University, where he also was a professor. He held numerous lab posts from 1978 to 1997, including program director for applied mathematical sciences, program director for environmental technology development, deputy director and acting director.