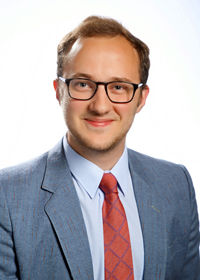 Viktor Rozsa has studied materials under extreme pressure and run chemistry simulations for a long time, first as a physics major at Hillsdale College and now as a University of Chicago graduate student with Giulia Galli.

As an undergraduate, Rozsa spent a summer at the Carnegie Institution for Science in Washington, studying hydrogen stored in cage-like molecules, which requires applying extreme pressures. He used X-ray diagnostics at Argonne National Laboratory’s Advanced Photon Source to unravel the system’s exotic behavior. “I think of the high pressure dial as a unique and effective way to understand the full possibility of a material and its technological applications,” he says. 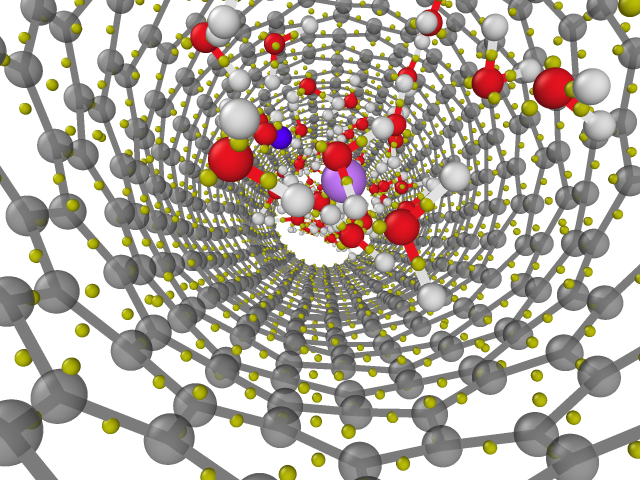 Rozsa has continued studying materials under extremes, now with computation as a Department of Energy National Nuclear Security Administration Stewardship Science Graduate Fellowship (DOE NNSA SSGF) recipient. In a 2018 Proceedings of the National Academy of Sciences paper, he and colleagues simulated water at pressures up to 20 gigapascals and at hundreds of degrees Celsius, conditions that occur deep in the Earth or on other planets. They’ve shown that it can act as a complex fluid, forming many short-lived ions that make it more electrically conductive. Now they’re modeling water mixed with ions such as lithium, sodium and potassium under these extreme conditions, more like what might exist in realistic planetary environments.

For his 2017 LLNL SSGF practicum, Rozsa studied pure water and ionic solutions in small, confined spaces such as carbon nanotubes. A recent Journal of Chemical Physics paper described how such spaces change water’s structure. Disruptions to the liquid’s hydrogen bonding network and surface effects in the nanotube imprint unique changes on water molecules’ quantum properties, such as their charge distribution.

This article also appears in the 2020-21 issue of Stewardship Science, The SSGF/LRGF Magazine.