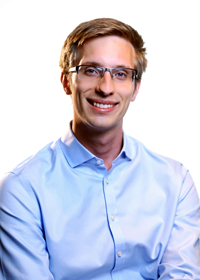 Leo Kirsch was starting his third year at the University of California, Berkeley, when he found the subject for his nuclear physics doctoral thesis.

Kirsch was taking a graduate course on the subject when Augusto Machiavelli, a Lawrence Berkeley National Laboratory physicist, visited as a guest lecturer. They talked after class and Kirsch later visited his lab.

Machiavelli and his colleagues were developing GRETINA, a detector for nuclear physics experiments. It uses large, high-purity germanium crystals and other equipment to track, with high precision, the trajectories and energies of gamma rays emitted in nuclear reactions. "That pathway tells you a lot about the emission properties of gamma rays" and the nuclei that produce them, Kirsch says.

"I wasn't familiar with that type of experiment," Kirsch says. He studied the published research and "asked a lot of questions of the physicists who were taking the data and setting up the experiment." At Argonne, the researchers aimed protons at targets of iron 56 (56Fe), Earth's most abundant iron isotope and an important material for astrophysics, nuclear power and other applications. 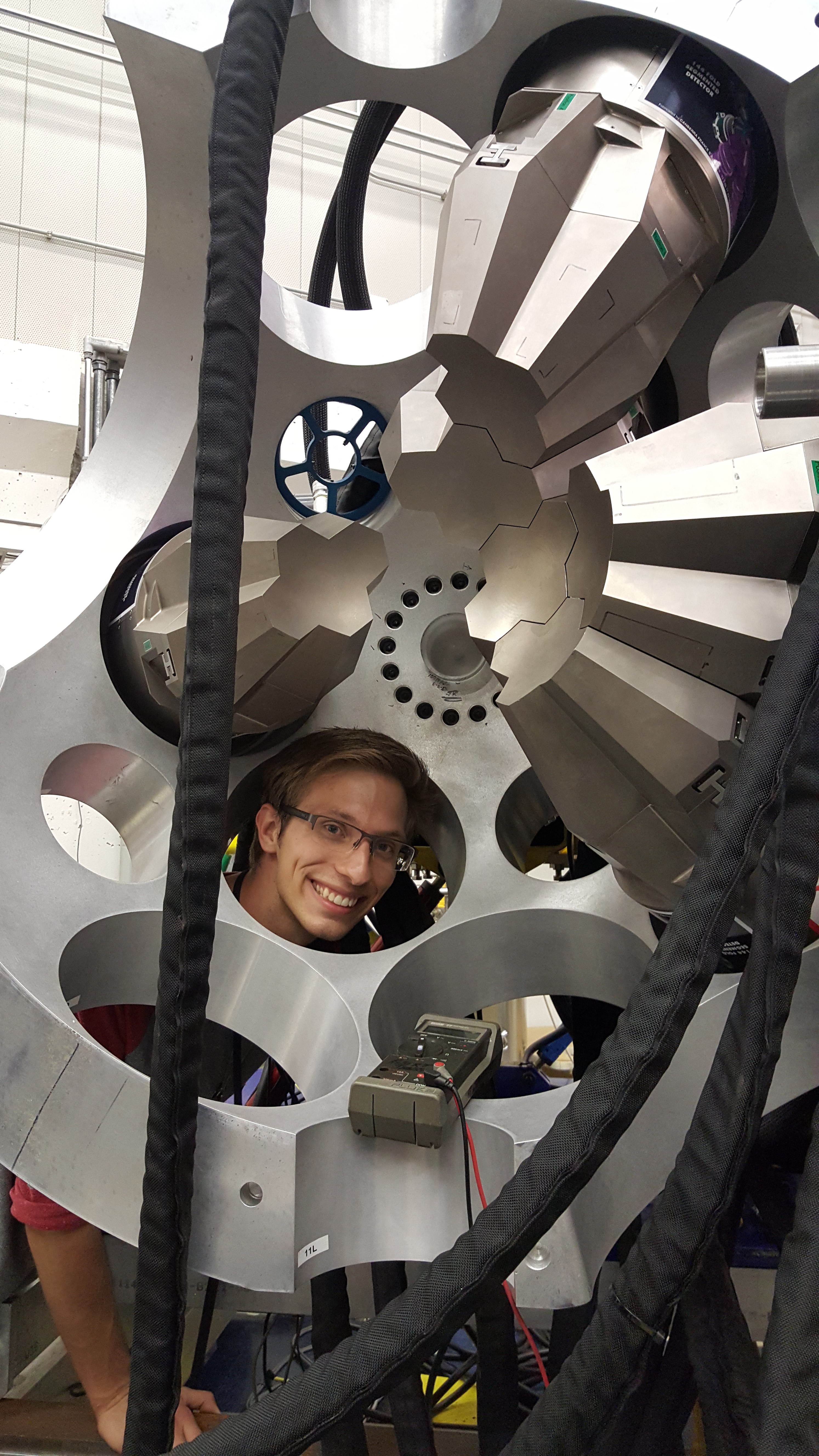 The team returned with a good problem: too much data and not enough people or time to analyze it all. They offered some to Kirsch. "I was like, 'Sure,'" he says. "It fell into my lap: a successful experiment in nuclear physics that intrigued me."

Kirsch's analysis, with advisor Lee Bernstein, found a surprising result that could affect future gamma-ray research. It started as a pesky feature "that was causing my data analysis to get fuzzy," Kirsch says.

The problem lies in the Doppler effect, which alters the frequency of light or sound as the source moves toward or away from the observer, as in the changing pitch of a passing ambulance's siren.

When struck by a proton, an 56Fe nucleus recoils, altering the frequency of the emitted gamma rays. Kirsch corrected for this but the results still were off.

Then Kirsch and Bernstein grasped the problem. As the recoiling nuclei strike other nearby nuclei, they slow and change direction. "It's as if that ambulance was going off the road and getting caught in mud," Kirsch says.

That information combined with proton data and slowing-down theory of charged nuclei "gave me enormous power. Now I had a new tool to study the nucleus," Kirsch says. "It was like I could control how fast the ambulance wheels were spinning before sending it off-road."

The method lets researchers better understand what excitation energy it takes to knock a gamma ray, neutron, or proton from a nucleus. "When the ambulance hits a rock, we want to know whether the wheel or just the hubcap flies off." This information on the structural integrity of the nucleus is vital when modeling stellar evolution, fission reactions and other processes. It also could be useful in stewardship science research on actinides and other heavy elements and on nuclear forensics.

Kirsch's summer 2016 Los Alamos National Laboratory practicum also tracked subatomic particles crashing into nuclei. The target was the isotope lithium 6 (6Li), an important material in nuclear fusion. When struck by a neutron, it emits an alpha particle (a helium atom in charged state) and a triton (a tritium hydrogen atom in charged state).

Researchers use data on the likelihood of this reaction, called the nuclear cross section, in fusion models, but uncertainties can derail their predictions. Working with the lab's Matt Devlin, Kirsch set out to improve the data's accuracy.

Kirsch's experiment used an isotope of californium, which is a strong neutron source, and a lithium iodide detector. By recording a neutron's transit time from source to detector, he could calculate its energy and the likelihood it would induce the 6Li-to-tritium conversion - the cross section. Kirsch's analysis led to his first published paper, in Nuclear Instruments and Methods A.

The practicum sold him on the national laboratories and in 2018 Kirsch started as a postdoctoral researcher at Lawrence Livermore National Laboratory. He now studies lithium fluoride properties and how they might affect plutonium experiments.