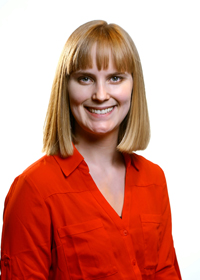 Alison Saunders already was sought after, even as she finished her doctoral degree at the University of California, Berkeley.

Saunders, a Department of Energy National Nuclear Security Administration Stewardship Science Graduate Fellowship (DOE NNSA SSGF) recipient, spent two days in February 2018 at the University of Rochester's Omega Laser Facility. One day she assisted a Lawrence Livermore National Laboratory team as it imploded copper-doped plastic spheres the size of peppercorns. The next she helped Massachusetts Institute of Technology researchers for whom she had developed a platform to measure the spectra of X-rays as they scattered off a target.

"I had to totally switch gears and switch instruments for the second day, but somehow I survived," she laughs.

Saunders is wanted partly because her research with Roger Falcone and Livermore's Tilo Doeppner concentrates on X-ray Thomson scattering (XRTS), a technique to gather data on warm dense matter and other exotic material. Warm dense matter is important in inertial confinement fusion experiments that attempt to capture the process powering the stars and in other physics domains.

After earning her bachelor's degree in physics from Oregon's Reed College, Saunders worked as an accelerator operator, helping oversee the electron beam that generates X-rays at the SLAC National Accelerator Laboratory near Stanford University. "It was a steep and exciting learning curve, but the downside was once you get over that, it becomes a bit routine," Saunders says. She chose to pursue a doctorate after deciding the physicists conducting the experiments had more fun than the operators they directed.

In an XRTS experiment, X-rays are fired into warm dense matter, a plasma of circulating electrons and ions. The rays interact with electrons and scatter. Spectrometers measure how the emerging X-rays' frequencies changed, providing information about the energy they deposited into the sample. That, in turn, offers details about the sample's initial state, including its electron temperature, a key factor in understanding how materials change under various pressures and temperatures. 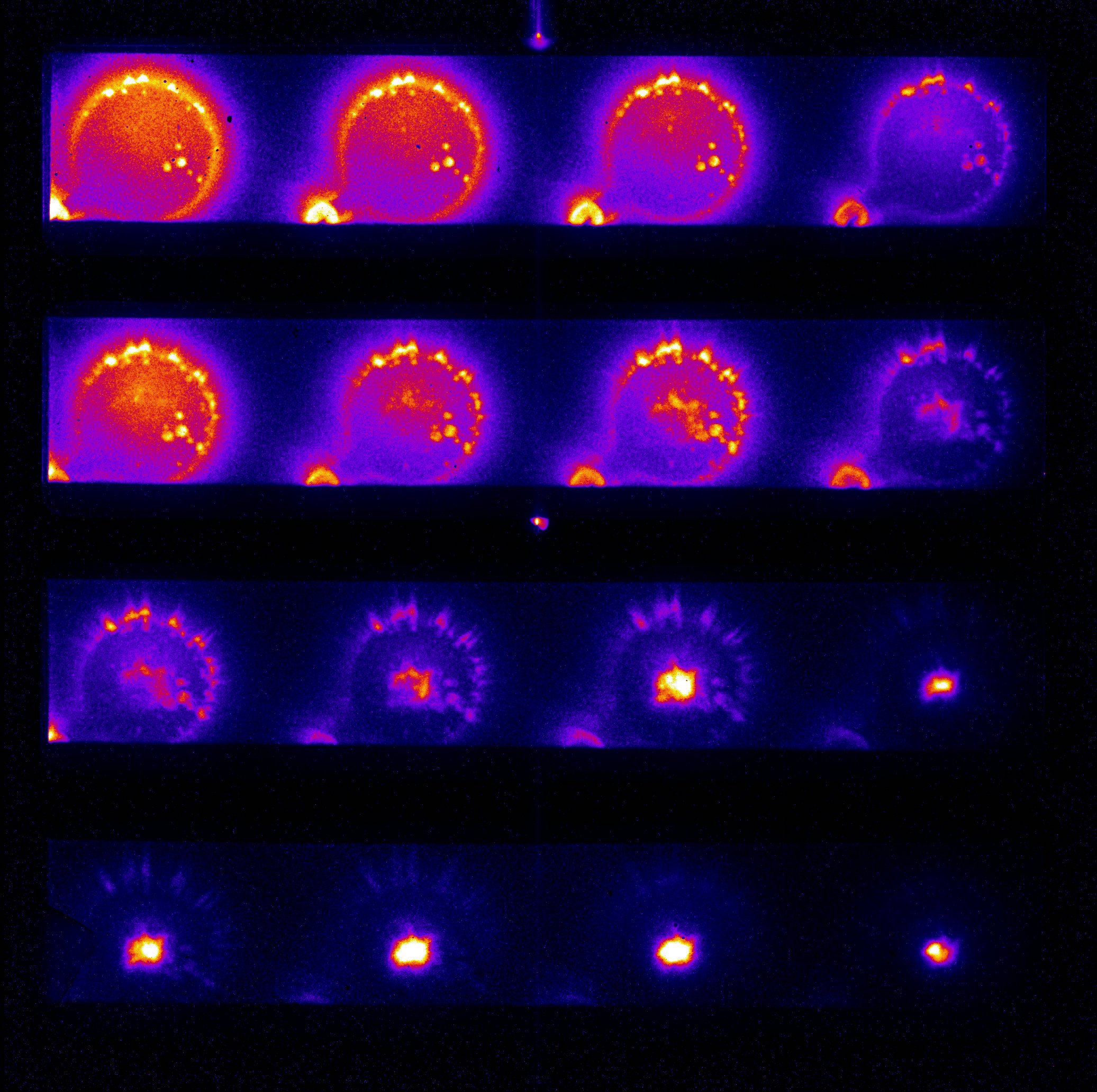 XRTS is based on known physics of photon-electron interaction, giving it an advantage over other diagnostics, but it's a tough measurement to make, Saunders says. The probability of a photon scattering off an electron at a given angle is low, so it's often difficult to collect enough signal data. In addition, laser facilities where experiments are conducted don't have powerful X-ray sources, so researchers must shine lasers on foils comprised of metal, such as brass or zinc, to produce bright X-rays.

XRTS measurements of plasma at high temperatures and densities help benchmark computational models that attempt to predict properties of matter under these extreme conditions. For example, it provides data on ionization - how many electrons are tightly bound to an atom compared to how many are free - under extreme matter densities.

Another example is stopping power, the subject of MIT's Omega experiment: Researchers fire protons into warm dense matter and calculate how much energy they lose. XRTS offers detailed insights into these tests.

Her thesis research focused on experiments, but Saunders turned to theory for her 2017 Lawrence Livermore National Laboratory practicum. She wanted to consider the conditions under which XRTS is the most appropriate X-ray diagnostic rather than other techniques like X-ray fluorescence. Her project with physicist Howard Scott exposed her to the principles behind these other instruments.

Scott has written Cretin, an experiment design code that calculates complex transport processes that occur when atoms generate radiation faster than they absorb it. Cretin solves the advanced equations required to capture how these processes affect ionization and other phenomena.

After learning the physics and mathematics behind Cretin, Saunders modeled a photo-pumped X-ray laser experiment for a Livermore collaboration with the United Kingdom's Atomic Weapons Establishment. As in XRTS, a laser zaps a foil - but in this case it strikes both sides and the foil is comprised of two layers of different materials. Because the substances have identical atomic transition energy thresholds, the technique amplifies their X-ray emission spectra.

Since the practicum, Saunders has worked on writing a Cretin user's guide but set the project aside to finish her thesis. She hopes to work at a national laboratory after graduating in spring 2018.

Image caption: X-ray images of a laser-driven implosion of a copper-doped plastic sphere just 500 microns in diameter over a span of 1.5 nanoseconds. From left to right, top to bottom, the first images show the laser compressing the sphere, causing the surface to glow. As the shock wave reaches the center, it becomes hot enough to glow and compresses in the center, causing a single shining hot spot. In the later images, glowing jets on the surface are copper-doped plastic ablating outward. Credit: Alison Saunders.