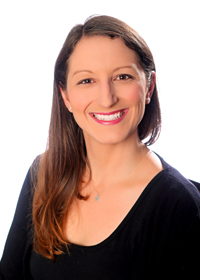 Kristen John, a fellow from 2009 to 2013, studies regolith, the dusty debris covering asteroids and moons that was created by meteor impacts and other forces. “We need to study this material to understand how it’s going to affect our spacecraft that interact with the surface of asteroids, or the joints of spacesuits worn by astronauts one day exploring them,” John said in a NASA article.

The experiment, called Hermes, is aboard a SpaceX resupply rocket that launched on May 4. The package is designed to connect to the station’s existing systems so researchers can monitor and control it from the ground. Hermes also can be easily adapted to many types of experiments, the article said, with interchangeable cassettes.

John and her team will monitor how the particles respond to long-duration exposure to microgravity and to changes in pressure and temperature, shocks from impacts, and other forces. Once the regolith experiments are complete, astronauts will remove the cassette from Hermes for return to Earth. They’ll replace it with a new cassette of different experiments.

John earned her Ph.D. in aerospace engineering from the California Institute of Technology in 2014.