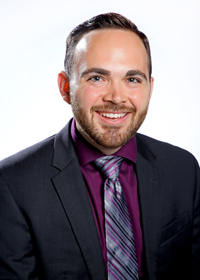 As a physics PhD student in Stanford's Neural Dynamics and Computation Lab, my research will focus on theoretical problems related to better understanding how complex functions of the brain such as perception and categorization arise from the brain's vast neural networks. There has long been an interaction between deep learning (neural networks with multiple hidden layers) and computational neuroscience, and by simulating such networks, we can observe the learning dynamics of entire systems of artificial neurons and thus guide future measurements of the brain. But we lack a theory of deep learning that would enable general predictions about a network without simulation and efficient algorithms to solve the training optimization problem. Fortunately, insights into high-dimensional problems can be found in diverse fields from statistical physics to machine learning.

Initially, my work will focus on developing a theoretical understanding of non-convex, high-dimensional optimization problems and computationally-efficient algorithms to solve such problems. Despite recent advances allowing researchers to measure more neurons with better resolution, for the foreseeable future we will only be able to measure a small fraction of the neural network involved in complex mammalian behavior. This limitation results in vast undersampling and hence high-dimensional data sets while much of classical machine learning assumes low-dimensionality. Therefore, to make advances we need a theory of high-dimensional data and the related non-convex optimization problem arising from training deep learning networks often used to model the brain.

Such research will be closely related to my work at the University of Cambridge as part of the Center for Scientific Computing. Under Carola Schönlieb and Martin Benning, my master's dissertation focused on utilizing techniques from optimization theory and machine learning to develop more efficient distributed algorithms for solving the non-convex problems that arise in graph-based image segmentation.

Larsen, Brett and Shaul Druckmann. "Towards an understanding of the algorithmic utility of recurrent connections." Computational and Systems Neuroscience (COSYNE) Conference. February 2019.

2015 Ira A. Fulton Schools of Engineering Outstanding Graduate, 2015: Award given to only one bachelor degree graduate from each college. Recognizes exceptional academic achievement with special attention to extracurricular activities and service to the college.

Moeur Award, 2015: Presented by the ASU Alumni Association to graduates with the highest academic standing (cumulative ASU GPA of 4.0).

Dean's Exemplar Award, 2013: Awarded to upperclassmen for outstanding
academics, leadership, and dedication to the Fulton Schools of Engineering.