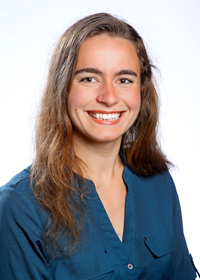 When Kelly Kochanski dresses to collect research data, she pulls on skin-tight Spandex gloves, then wool ones and wind-proof gloves, all topped with bulky, down-filled mitts.

“The problem with fieldwork on an exposed 12,500-foot-elevation mountain ridge is that you have to get your hands in and out of layers to manipulate things, and I’ve found that my hands get almost uselessly numb in less than a minute if the wind’s really going,” says Kochanski, a Department of Energy Computational Science Graduate Fellowship (DOE CSGF) recipient at the University of Colorado Boulder.

As a Massachusetts Institute of Technology geophysics undergraduate, she took weekend trips into New Hampshire’s White Mountains with the school’s Outing Club, falling in love with “all the wonderful, weird shapes that snow makes.”

Snow bedforms are the shifting shapes that form into dunes and other more elaborate configurations such as sastrugi – parallel wave-like ridges. Earth scientists have become increasingly aware that snow’s topography plays a central role in its energy dynamics and is a missing detail in climate models.

Windblown sand shapes are familiar to most, but Anderson says their “self-organization is a significantly simpler problem than with snow. If a snow grain slams into a snowy surface, it has the chance of actually welding to it to essentially become part of a solid. The problem that I posed to Kelly was how does that kind of surface evolve into bedforms?” 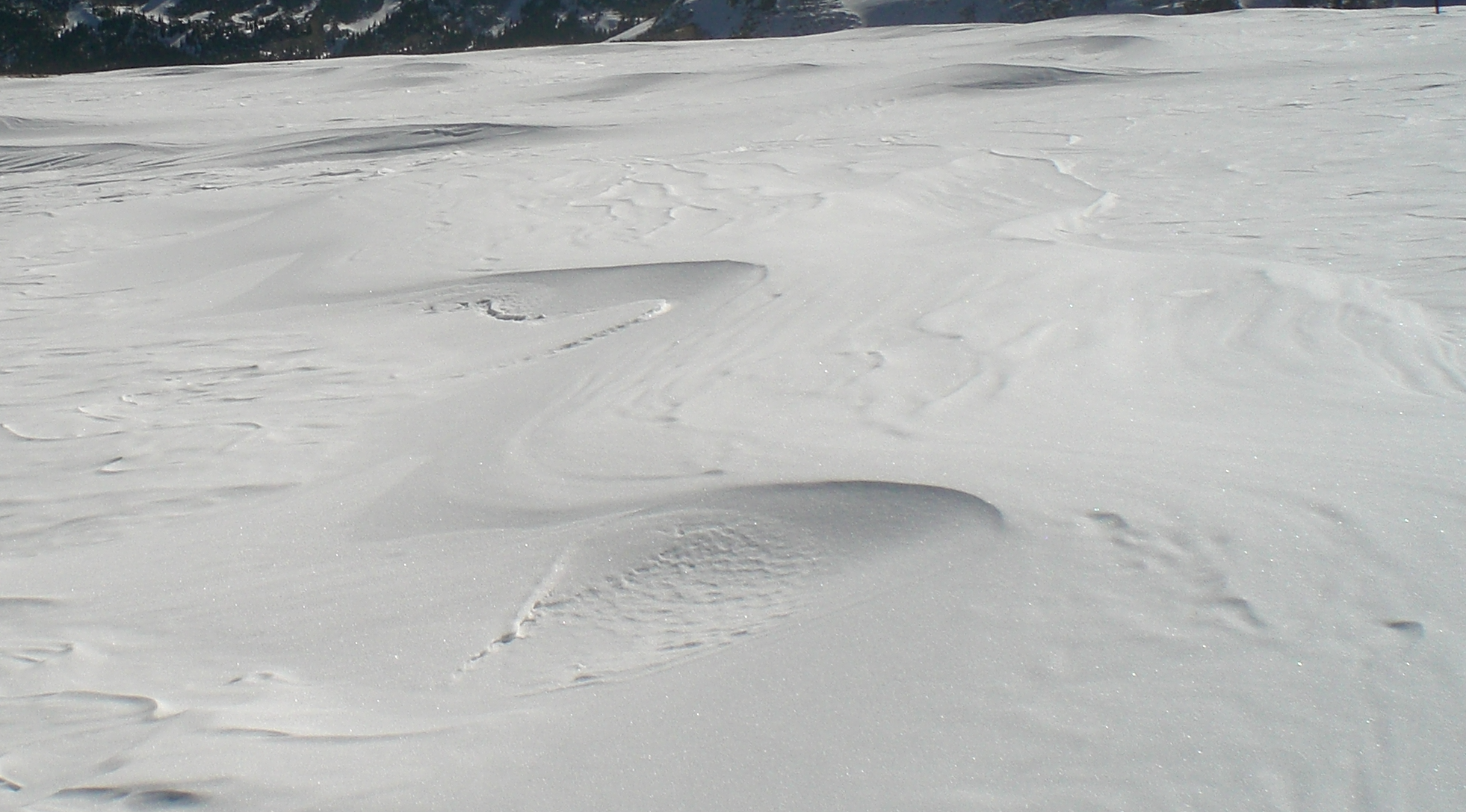 With help from undergraduate field assistants she recruited (and helped use the experience for their own research), Kochanski captured whole seasons in photos shot every 10 seconds, generating more than a thousand hours of unique snow bedform video. Analyzing it, she produced the first quantitative prediction of formation and evolution under varying weather conditions, on scales from 10-centimeter-long ripples to 30-meter-long whaleback dunes.

“What I documented is that wind-swept snow is mostly not flat,” she says of the research published in The Cryosphere. “This is critical in terms of the snow’s energy balance because when you start roughening the snow you have more surface area that can absorb sunlight, and that makes it melt faster.”

She also discovered that wind speed predicts bedform formation. “This is really useful for anybody who wants to incorporate the effects of bedforms in a larger climate model.” She was inspired to think at a global level on her first practicum at Los Alamos National Laboratory, where she worked with DOE’s leading sea ice code for prediction across scales, MPAS-Seaice.

As the computational bedrock for modeling snow bedforms, Kochanski uses the sand-dune model ReSCAL, developed by a French group. She “started adding snow physics, things like the stickiness of snow and the fact that while sand conserves mass, snow can appear from out of the air and sublimate, or disappear into the air.”

At SC17, an international computing conference in Denver, Kochanski spoke with Lawrence Livermore National Laboratory computer scientist Barry Rountree. He says that when he learned Kochanski was running ReSCAL on a single processing core, he suggested she come to Livermore “and we’ll pay you to parallelize” the code so it simultaneously uses multiple processors, enabling bigger, faster simulations.

She came to the lab on a practicum and discovered that parallelizing Rescal-snow was even harder than slogging up to Niwot Ridge. Using Quartz, Livermore’s 108,000-core supercomputer, she ran run hundreds of full or partial single-core serial runs, slightly varying the physics inputs. This let her, and the team of five undergraduate high-performance computing interns she mentored, debug and optimize the code, port it to different computing platforms and demonstrate that Rescal-snow works for initial conditions. She returned in 2019, working with Rountree and Ghaleb Abdulla in Livermore’s Data Science Institute to begin developing a promising machine-learning approach to accelerate the code.

Kochanski next wants to add snow bedform physics to global climate models, but first, after graduation in summer 2020, she needs to land a job. She hopes it will involve pulling on layers.

Image caption: An example of snow bedforms in the Rocky Mountains. The structures are made from dry windblown snow and vary in appearance, from arching dunes and wave-like ridges to the type seen here, a barchan (or “two-horned”) dune. Credit: Kelly Kochanski.

A longer version of this article appears in the 2020-21 issue of DEIXIS, The DOE CSGF Annual.