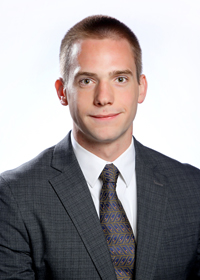 Magnetic fields are behind epic emissions that drive waves of plasma – a gas comprised of ions and free electrons – bolting from the sun in all directions, including ours. When they reach Earth, the planet’s own magnetic field comes into play, sling-shotting the plasma toward the poles and illuminating it as aurorae.

“In a plasma, you have essentially a highly conducting fluid” capable of carrying electric currents, “which means magnetic fields are also present,” Wetherton says. Those fields are generally frozen to the fluid’s motion.

In reconnection, that frozen-in condition breaks, causing oppositely oriented magnetic fields to change and recouple. “That is interesting in the physical world because it’s associated with a lot of energetic events,” including coronal mass ejections, when magnetic energy produces explosively released plasma bubbles, sending high-energy particles into space. Besides producing aurorae, ejections interact with the planet’s magnetic fields to produce geomagnetic storms that can disrupt radio and satellite communications.

Reconnection also occurs in fusion reactors, which produce super-hot plasmas in an attempt to merge atomic nuclei, releasing tremendous energy. It can disrupt the plasma and damage reactor walls.

Reconnection is common, but scientists don’t understand some aspects, including the general mechanism for breaks in the frozen-in condition. Wetherton, working with advisor Jan Egedal, hopes to sort through some of the many potential contributors.

Standard techniques to portray plasma as a continuous fluid often can’t capture the small-scale physics that could significantly influence reconnection because it’s actually comprised of a huge number of individual particles. “But there are far too many of them to be tractable to calculate them all,” Wetherton says. His particle-in-cell (PIC) models instead track billions of macro particles, each representing multiple individual particles, as they move through a region subdivided into boxes. 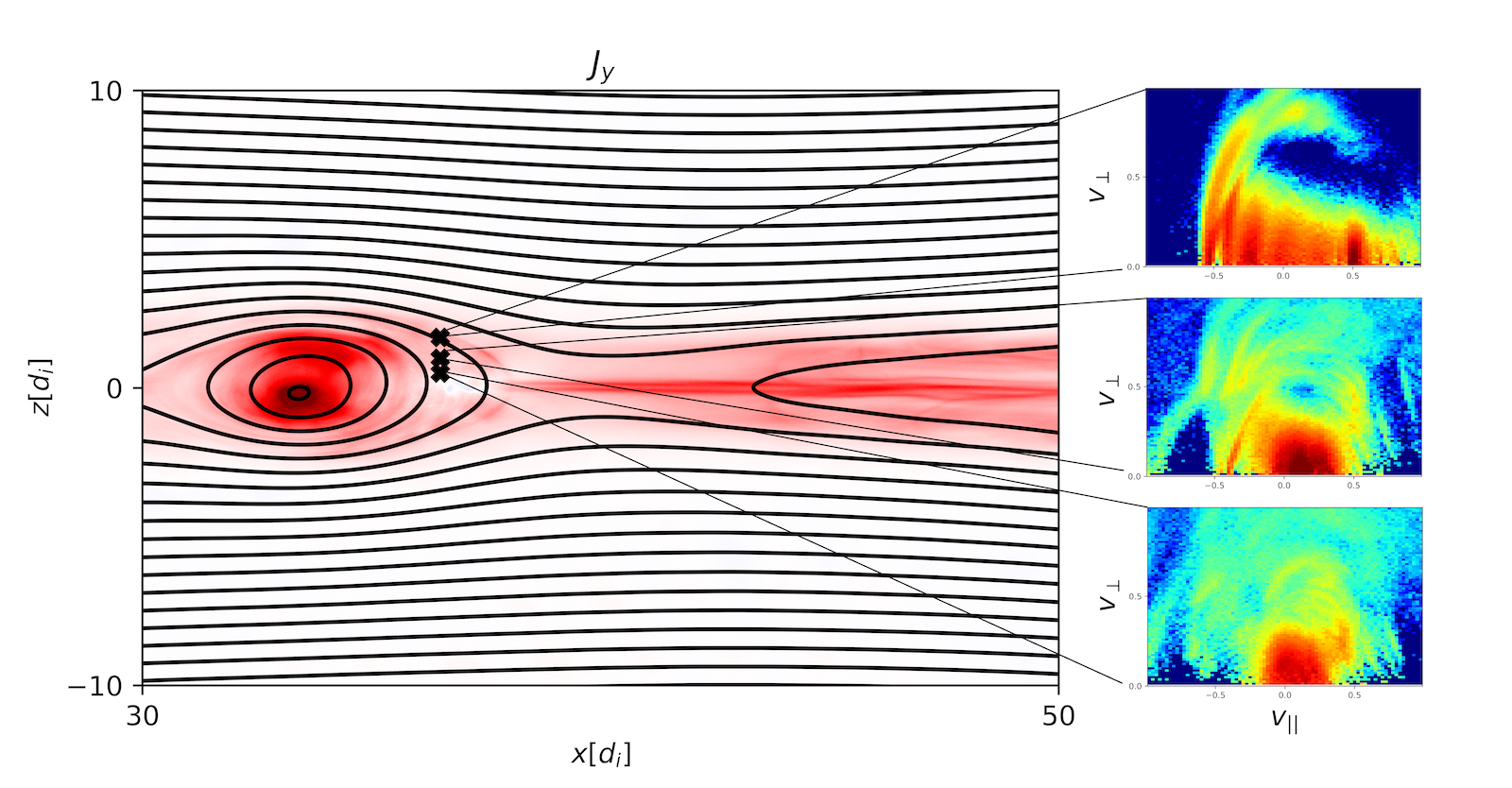 “It’s a complicated system that we have to try to work out” with powerful computers. Wetherton says. One of his first tasks as a graduate student was to visit Los Alamos National Laboratory, where he worked with computational physicist (and DOE CSGF alumnus) William Daughton to learn VPIC, a PIC code designed to run well on HPC systems. The collaboration also gives Wetherton access to the lab’s computing power.

Wetherton returned to Los Alamos for a 2018 practicum focused on developing a tool to understand antiparallel reconnection, a mechanism for heating and energizing plasma particles.

In reconnection, a magnetic field lying in a plane changes direction across a current layer. There also can be a magnetic field component – a guide field – aligned with that out-of-plane current layer. A strong guide field will magnetize electrons, keeping them on a field line. In antiparallel reconnection, the out-of-plane guide field is zero. The magnetic field weakens along the midplane, no longer holding electrons to its trajectory. “You don’t know which direction the particle is moving when it gets to this point,” Wetherton says. He devised a model to explain the process and tested it, first with small simulations and then one tracking 200 billion particles that ran on Theta, an Argonne National Laboratory supercomputer. The simulation parameters were less than ideal, however, so Wetherton and his colleagues are tweaking the settings for a second run.

Like his magnetic reconnection models, Wetherton’s cosmological simulation relies on macro particles that substitute for large numbers of developing stars. “You have these massive scales and even something as large as a star ends up being too small to ever actually resolve.” As the particles evolve, the simulation calculates what fraction of each is gas and what fraction is star material. Eventually, the gas cloud particle explodes as a supernova, injecting mass and heat into the surrounding area and providing feedback to the model. On his practicum, Wetherton was able to run galaxy-size simulations and made preliminary attempts to match observations of star formation distributions.

Wetherton has set aside the project for now to focus on multiple others that he’ll tie into a thesis. He expects to graduate in August and already is interviewing for academic and laboratory positions.

Image caption: Out-of-plane current in a magnetic reconnection simulation. Black contours represent the projection of the magnetic field lines on the plane. To the right, three electron distribution functions are shown at varying distance from the midplane. Moving closer to the midplane, the magnetic field weakens and electrons begin to demagnetize, causing an effective scattering. Credit: Blake Wetherton.