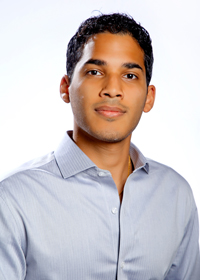 For all appearances, Amaresh Sahu was living the life. He’d joined the technology gold rush, moving to the Bay Area to work as a software engineer for a rising online real estate company. The money was good and the environment invigorating.

Although trained at Princeton University as a chemical and biological engineer, Sahu hadn’t been interested in attending graduate school or working in his chosen field. He’d followed his mathematical inclinations instead, devising algorithms and implementing them in programs.

He changed his mind after seeing a documentary on the project to detect the Higgs boson, one of particle physics’ final mysteries. Seeing dozens of scientists from around the world united for discovery inspired him.

So Sahu, now a Department of Energy Computational Science Graduate Fellowship (DOE CSGF) recipient, contacted a former classmate then studying at the University of California, Berkeley. She connected Sahu to Kranthi Mandadapu, a chemical engineering postdoctoral researcher who took on the nascent investigator for some extracurricular projects.

“It was very, very fun, so I spent a lot of time on most of my evenings and weekends working on research problems with him,” Sahu says. “And then it just lucked out that he got a professorship at Berkeley the same semester that I got accepted” to the school for doctoral studies.

Mandadapu, now an assistant professor of chemical and biological engineering, is Sahu’s doctoral advisor as they use theory and computer modeling to decipher the physics of cell membranes. These omnipresent biological structures are essential to life as they admit, release and block chemical compounds and dynamically enclose the cell. Understanding their mechanics is vital to treating disease.

Membranes fascinate Sahu. Some researchers base their models on a mathematical framework commonly used in general relativity, but “I’d never seen it applied to biological systems before. I got hooked on it. That sort of elegance gets me excited.” 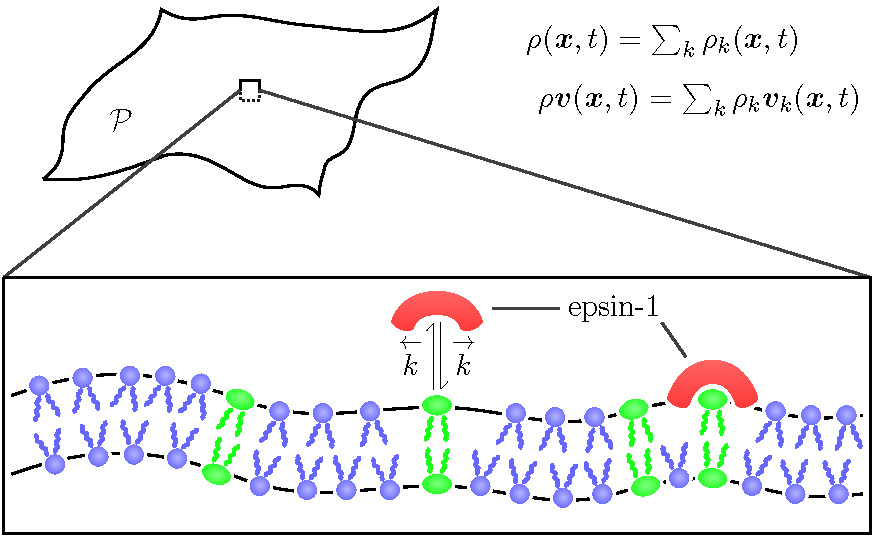 Sahu and Mandadapu have focused on how membranes act when deformed. At any point on their surfaces, molecules can flow past one another in an ever-changing configuration. But when deformed out of plane, as they often are in biological processes, membranes typically behave elastically, seeking to return to their original configuration.

“There’s this interesting coupling between the fluid and solid behavior that you don’t see in a lot of systems,” Sahu says. Many models discounted how in-plane membrane behavior affects out-of-plane, elastic deformations. Sahu and Mandadapu, however, found that the two influence one another in intricate ways. Their calculations produced a new dimensionless number that captures the significance of the coupled dynamics.

“We found that in biologically relevant settings, this dimensionless number can actually be large, which means you can’t ignore this coupling effect,” Sahu says. The message: “You have to treat the entire membrane together if you want to understand the kinds of shapes it forms in different situations.”

But mathematically connecting the two conditions is difficult. Sahu and Mandadapu are developing numerical methods to take on the job by combining known approaches in new ways. They’ve run simulations on high-performance computers at the National Energy Research Scientific Computing Center at Lawrence Berkeley National Laboratory and plan to collaborate with biologists to validate their computational results.

During his 2018 Argonne National Laboratory practicum, Sahu tapped into PETSc (the Portable, Extensible Toolkit for Scientific Computation), a widely used library for solving equations for simulations. Working with Barry Smith, one of the package’s leading developers, Sahu planned to use PETSc to parallelize aspects of his thesis research code.

Methods to approximately solve complicated problems use different techniques to discretize curved surfaces, dividing them into parts to ease computation. But cell membrane calculations require a high degree of continuity that complicates the standard methods used to simplify the problem. For Sahu, that means incorporating a new surface representation within PETSc, allowing him to apply the library to his membrane solvers at some point.

“PETSc is written beautifully, but trying to get techniques into their system, their framework, was a challenge for me,” he says. Sahu hopes to return to the project later, aiming to parallelize his thesis code and improve its efficiency before releasing it for others to use.

That should happen sometime before summer 2021, when Sahu plans to graduate. He aims to seek a postdoctoral research post before entering the academic world.

Image caption: A schematic depicting binding and unbinding of proteins to and from membrane lipids. All interactions are modeled via a continuum description, through density fields of each component as well as a velocity field of the entire membrane. Credit: Amaresh Sahu.