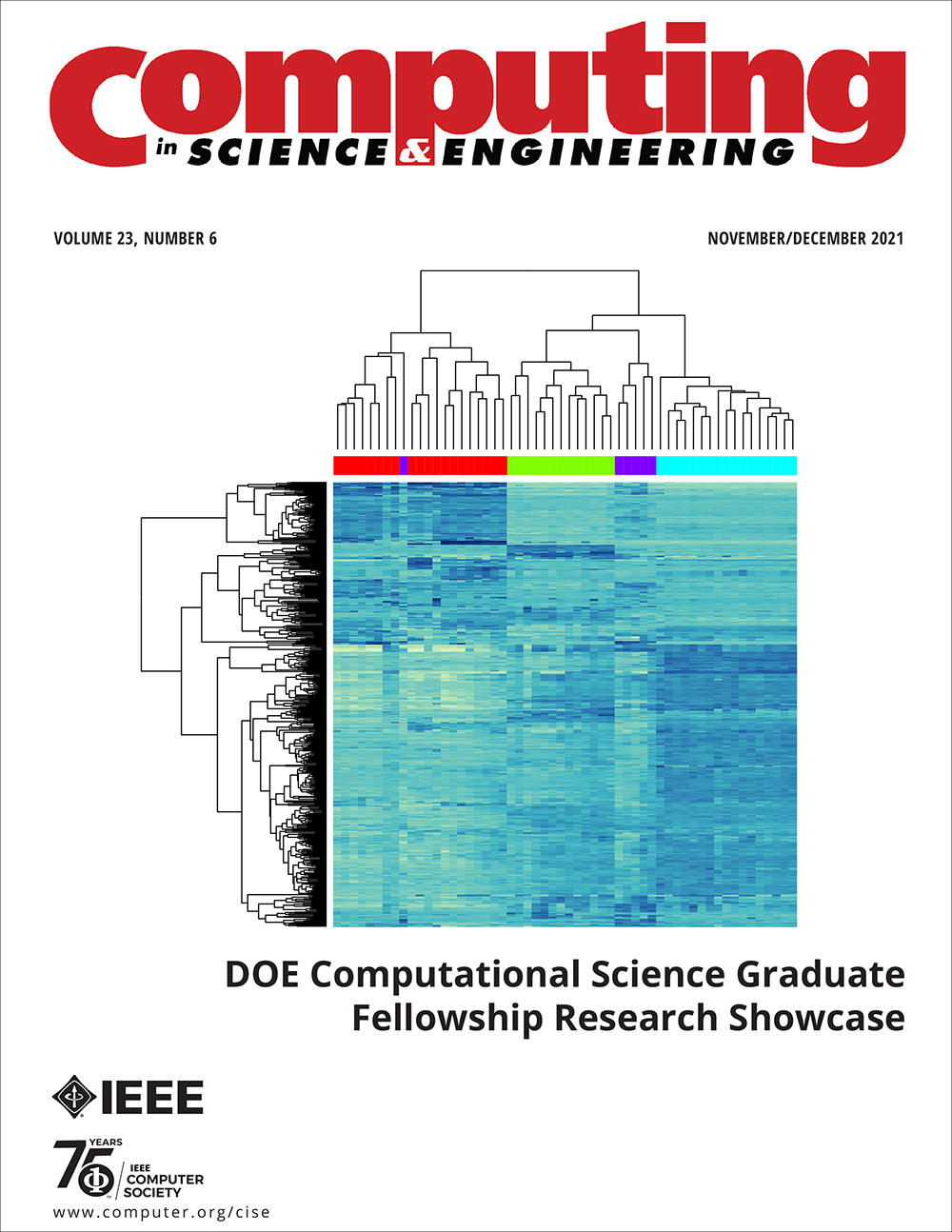 A recent issue of the journal Computing in Science & Engineering focuses on the research of several Department of Energy Computational Science Graduate Fellowship alumni in recognition of the program’s 30th anniversary.

The DOE CSGF was created in 1991 to train graduate students in the skills needed to apply high-performance computing to a range of scientific fields. It has trained more than 500 fellows and helped foster computational modeling as an approach equivalent to theory and experiment.