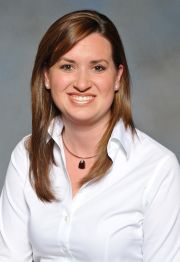 Computational modeling performed by a graduate of the Department of Energy Computational Science Graduate Fellowship (DOE CSGF) contributed to research appearing on the cover of the latest issue of the journal Science.

Rice University bioengineers developed the 3-D printing process, producing structures that mimic the capillaries that surround air sacs in the lungs, allowing oxygen to pass into the blood and carbon dioxide to flow out.

The researchers used the structures to emulate how lung tissue expands and contracts as air flows in and out, in turn pushing and stretching the blood vessels. Tests found that blood cells could take up oxygen as they flowed through the vessels surrounding the “breathing” air sac in a manner similar to the gas exchange that occurs in the lung, a Duke press release says.

The tests showed that the manufactured vessels could withstand the stress of expansion and contraction, but to understand exactly what forces are involved, the Rice researchers turned to Randles’ computational models.

HARVEY, a massively parallel computing code Randles and her team developed, can simulate blood flow through vessels down to the cellular level. But for the Rice project the researchers had to include a challenging variable: soft, pliable blood vessel walls.

“The geometries being created by the Miller lab are incredibly complex and parallel computing was required to capture the associated airway shape changes that were observed in the laboratory,” Randles said in the release. “To model these accurately, we had to introduce a fluid-structure-interaction model. Moving from rigid, unmoving boundaries to dynamic walls that stretch with the changing flows was a difficult challenge tackled by John Gounley, who was a postdoctoral fellow in my lab at the time.”

When the updates were complete and the code was run, the simulations were consistent with measurements taken from the experiment. That means researchers eventually could use models to help design more complex systems.

The Science paper is available online.

Randles, a fellow from 2010 to 2013, earned a doctorate in Applied Physics from Harvard University.